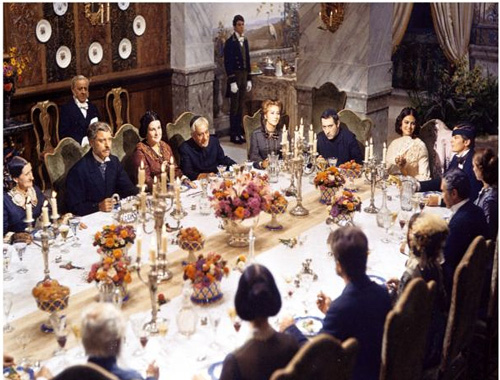 Do you want to know something more about Sicilian food and its history? Today I would like to tell you something about the origins of our cuisine, or at least how was divided in the past centuries. One of the most famous teller of these stories in Palermo is a journalist and expert Gaetano Basile. He normally distinguishes three different types of cuisine that we used to have here: the first one was called the cuisine of the Monsù, and it was prepared for the Nobles.
Monsù is the Sicilian term for the French Monsieur and infact meant the cuisine prepared by important chefs for the rich and noble people, just like the writer Giuseppe Tomasi di Lampedusa describes in his famous masterpiece: “Il Gattopardo” – English version: The Leopard. (picture above taken from the homonymous movie). 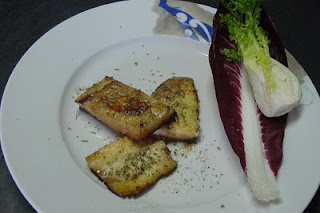 A second type, which is the most common, is the popular cuisine, basically made of dishes that the poor and simple people, who were the majority of Sicilians, used to cook daily.
They were trying to imitate the Monsù Cuisine by simply revisiting some rich plates and often changing the main ingredient. If the Nobles had meat or fish they had egg-plant/aubergine or cheese instead. That is why this cuisine is considered the most unique and creative. An example is the famous Caciocavallo all’Argentiera, of which I have already talked you about. 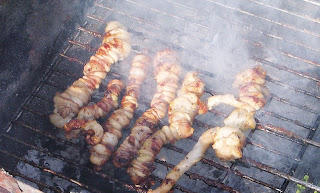 The third type is the renowned Sicilian street food. Even today you can find stands along the streets that sell the famous “pane ca’meusa” (spleen sandwich) or the “panelle & crocchè” (chickpea fritters and potato croquettes) or the “stigghiole” (grilled lambs’ guts, here on the right pic).
So there is a lot to taste in Sicily when it comes to food. I hope you enjoy!