Artisanal gelato and sorbets, their roots are in Sicily! 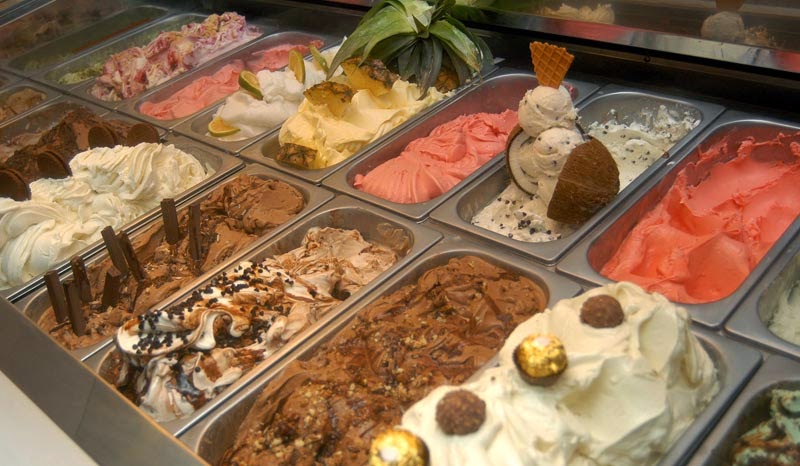 Sicilian artisanal gelato is not just a nice summer dessert for us. It’s the essence of summer, there can’t be any serious summer without our extraordinary ice-cream and I have to say, for a lot of Sicilians is a fundamental product all year around. I’ll be honest with you, I am not one of those, but still… I love the real gelato the way we do it in Sicily and the way we “have” it in Sicily. There’s no other place like ours when it comes to quality and quantity! 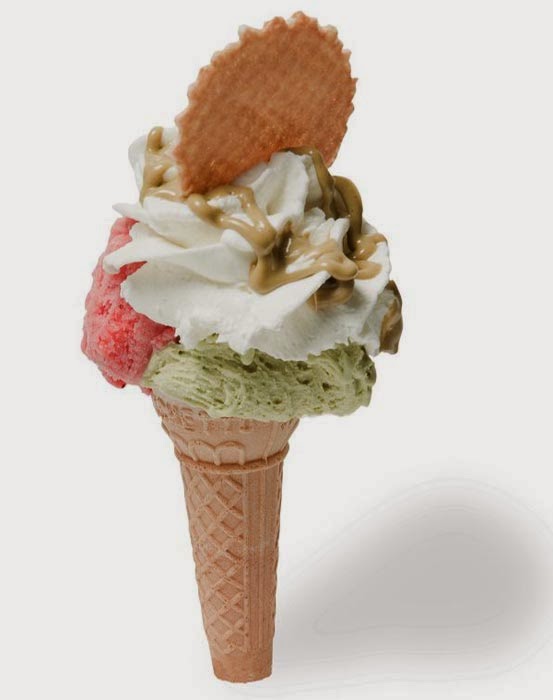 Sicilian gelaterie (the places where we buy and eat ice-cream) infact do not know what a scoop is. One ball? Two balls? No way!!!

For us Sicilians is a real indecency. Our gelato cannot be reduced to scoops, that is why we use a spatula instead (like the one in the pic) and the price depends only on how you will have your gelato.

Cone, coppetta (small, regular or large cardboard bowl) and last but not least… a brioche which is, as we love to say down here, “la morte sua”, a typical expression meaning at its best…. in another word: magnificent!

Now a little bit of history… did you know that the famous gelato was created by a Sicilian?

The story goes back to France in 1686, when a chef from Palermo named Francesco Procopio dei Coltelli created the first modern ice-cream in history (adding milk, eggs and cream) and introducing some new techniques of refrigeration at the French King’s court in Paris. Afterwards he continued making ice-cream at the Cafè Procope which still exists today in Paris. Of course there are other theories that place the first modern ice-cream in Florence thanks to Bernardo Buontalenti, but even if true, still the contribution of Sicilians is undeniable.

The ancient way of having a liquid gelato infact is considered Arab heritage, as the Arabs used to prepare “sherbat”, cold drinks with sugar, fruits, vanilla or cinnamon in which they added snow taken from Sicilian heights.

Snow used to be kept in specific large holes dug in the ground, all covered up with straw. “Sherbat” corresponds to the word we use today: sorbet (in Ital. sorbetto). One of the most popular and ancient flavors in Sicily are the lemon and the jasmine ones.

So… you can see ice-cream is not just a dessert for us, it’s part of our dna. It’s even a full lunch on a torrid hot day. And what makes it so special is the high quality of the local products used: pistaches from Bronte, chocolate from Modica, nuts from the Nebrodi mountains, strawberries from Ribera.