Brociolone or falsomagro: the Sicilian beef roll for important occasions

“Pasta a minestra” and “Pasta asciutta”: what are they?

Do you know what is pasta a minestra? And what about pasta asciutta? As you know, in Sicily, just like in the whole of Italy, we eat pasta every day and for us is a great deal. 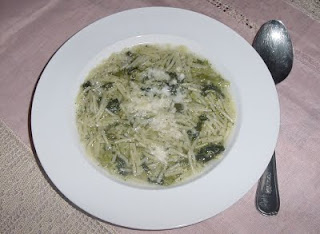 We normally distinguish in these two main differences: pasta a minestra and pasta asciutta.
Pasta a minestra means soup or potage with also small pasta cooked in it, the specific one that we use for soups. In any case it is something that has a more liquid aspect rather than the usual plates of spaghetti or penne. In the picture on the left there is a plate of pasta a minestra with green cabbage, and we also have the version with pasta asciutta. 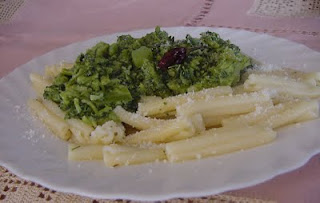 By contrast, pasta asciutta is the very famous one, like spaghetti alla carbonara for example, or penne, linguine, anelletti or any other kind of pasta that we cook with a condiment that is not liquid!!! Here on the right a plate of pasta asciutta with broccoli, but we also have the version with pasta a minestra.
Besides, we have soup with pasta all year around, not only in winter but also in summer with the fresh vegetables that the seasons offer.

I know it may sounds strange for those who are not used to eat pasta everyday or have it with soup as well, but that’s the way it is here!!!

This template supports the sidebar's widgets. Add one or use Full Width layout.