Sicilian excellence: the unique yet historic chocolate of Modica

We are totally green friendly!!!

Saint Martin’s day, his cookies and the Moscato wine! 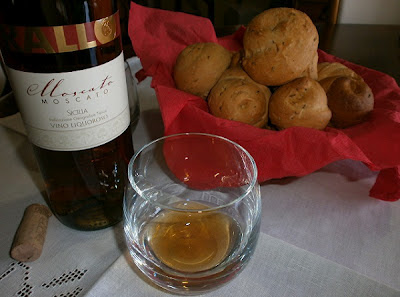 Have you ever heard about the  S. Martin festivity? Well, November the 11th is the day of Saint Martin and in Sicily is usually accompanied by a lovely tradition. We eat some crusty dry rounded cookies sold in bakeries (and now supermarkets), usually broken in pieces and sopped up in the extraordinary Sicilian Moscato wine.
Ingredients for 8 people: 500 gr flour – 200 gr caster sugar – 100 gr lard – 200 gr brewer’s yeast – Aniseeds – Cinnamon powder – Butter – Salt 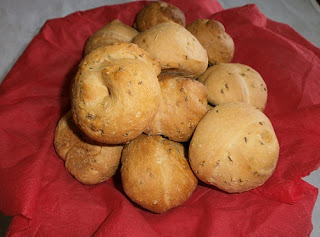 Preparation:
Preheat the oven at a temperature of 200° degrees. On a kitchen surface put the flour and make a hole in the middle of it. Mix 1 dl of warm water and a pinch of salt, plus the lard, mixing everything together carefully. Add the brewer’s yeast, the sugar and a teaspoon of aniseeds with a pinch of cinnamon. Knead the dough well until is soft, smooth and homogeneous.
From the dough make some sticks long about 5-6 cm, then try to bend or fold each stick on itself,  giving a kind of spiral shape. Put them on a buttered baking tin. Cover them and leave it there to rise for at least 3 (or 4) hours in a warm place (it really depends on how warm is the place). As soon as the cookies are risen and ready to be cooked put them in the oven at 200° degree for 10 minutes. 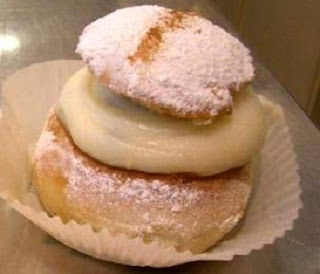 Take them out and reduce the oven temperature at 160°degrees. Put them inside again for about 20 minutes for a second baking carefully checking that they won’t get too brown.

Of course because in Sicily we never miss a single occasion to get fatter we do also have the “patisserie version” which is slightly different from the original recipe, obviously softer because it cooks less and it’s filled with ricotta cream and has icing sugar and cinnamon on top. 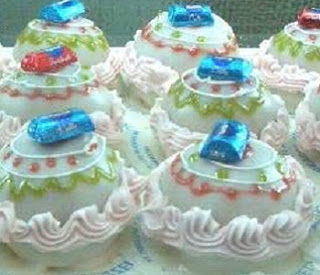 Then we have a third version that I like to call the “baroque” one because is all decorated with a frosting and little chocolates on top, just like in the picture below.

So, if you happen to be in Sicily on the 11th of November (or near that date) try at least one of the three Sammartinellis. And don’t forget the Moscato wine.

You won’t be disappointed!!! 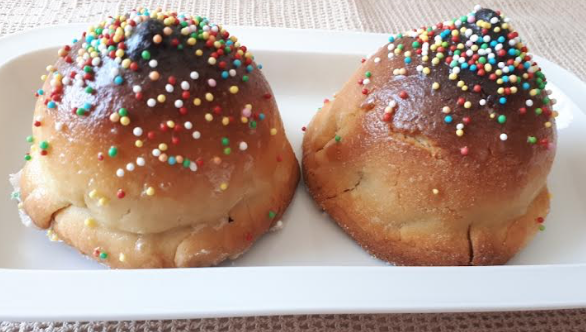 Sambuca, one of the most evocative hamlet in Sicily 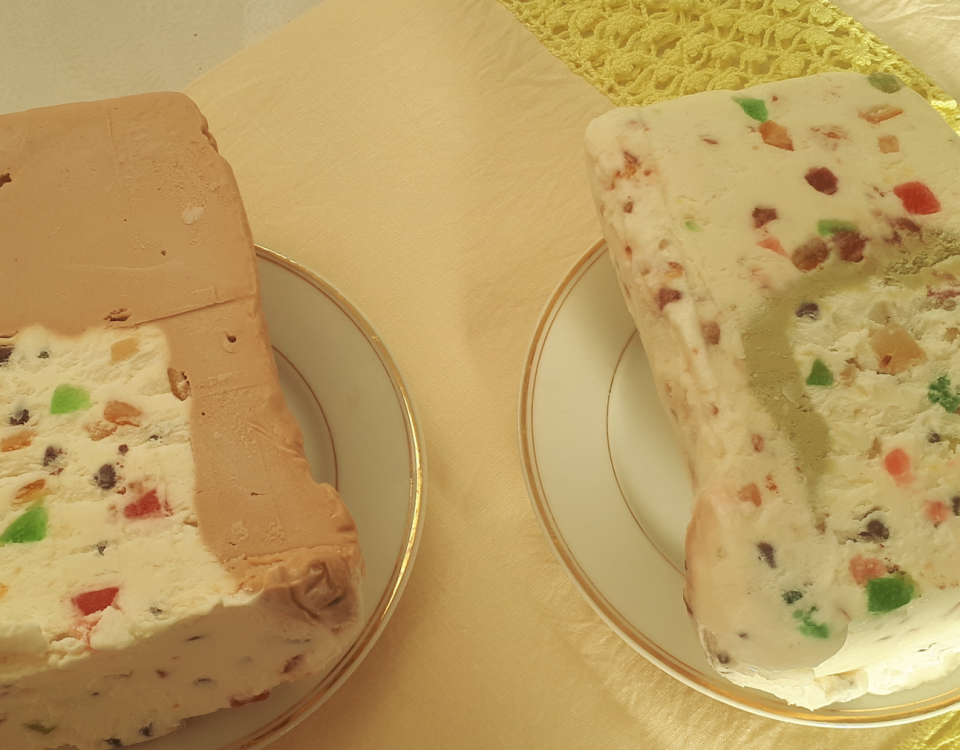 We need to talk about the ancient Sicilian ice-cream: “Bomba, scorzonera & giardinetto” 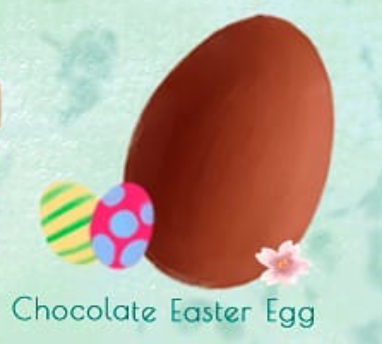